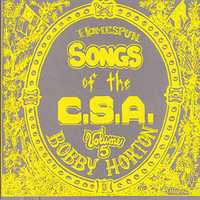 This is number five in the series of Songs that sustained the citizens and soldiers of the South during the War Between the States.

Like all my other recordings, I played all the instruments, sang all the vocals, did the cover and and liner notes by hand, and recorded here in my home production studio – hence the name "Homespun" in the title. This one was produced in 1993.